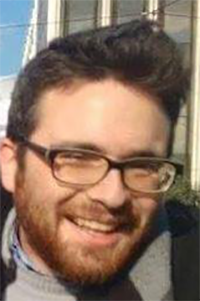 It has been argued that human migration will be a defining issue of 21st century. To what extent can we relate undocumented immigrants, asylum seekers and refugees to the figure of the ‘activist citizen’?  Concretizing in the Greek social context, I will examine the hypothesis that ‘unconventional forms of immigrant political participation’ have emerged during the Greek crisis (2008-2015). Building on a growing critical literature, this research sheds light on alternative paths to immigrant integration through grassroots mobilizing and political organizing focusing on the recent African and Asian immigration.  Bridging migration studies to political philosophy and social movement approaches to working class studies, I will explore the multi-dimensional nature of migrant ‘hyper-precarity’ and the conditions under which they can move from the passive role of the victims of ‘exclusion’ to a position of action. Our theoretical context will be connected with empirical data regarding: a. the role race/ethnicity, gender and citizenship play in labor organizing b. the figure of the ‘rebellious immigrant’, and c. identity building through performances, cultural and solidarity events. The field research regarding immigrant activism will be conducted mainly using ethnographic methods opening a space in order to reflect on their experiences and construct a narrative of their own. The proposed project intends to intervene in public discourse through papers, presentations and documentary style interviews aiming at reinforcing anti-xenophobic stances beyond the separation between humanitarianism and politics or anti-political pessimism.