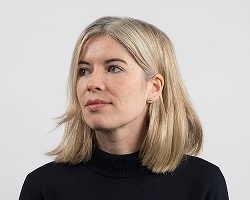 Touching the Image: Affect, truth and the viewer in internet-sourced operational images.

The emergent proliferation online of the aerial, machine generated image as a means of capturing landscape has led to a change in the experience of perception of landscape through the perspective from above and the mediating effect of the screen. Their ongoing, widespread distribution in the form of what Flusser  described as technical images and Farocki in his 2004 text Phantom Images later coined as operational images, has exploded through dissemination on news websites, YouTube and government agency press databases.  There is a three-fold mediation at work here: the aerial through its very nature, gives little detail of events at ground level; the content released is heavily controlled by its agencies; and the screen itself abstracts, distances and facilitates accelerated movement through these images. Since 9/11 the momentum with which machine-based perspective images have been released and viewed has increased hugely, to a point where now, daily exposure through online news websites to satellite and unmanned aerial vehicle images used in reconnaissance and airstrikes has become normal. My research concerns how artistic practice can negotiate these screen based aerial images. This is particularly pertinent considering the current political climate. The online proliferation and mediated nature of the images detaches them from their inherent sense of loss of life, trauma and destruction. In the context of this field of work the point of departure is an experimental dialogue with the surface, the haptic visuality of these images. Haptic vision is a more tactile and embodied form of perception, where ‘the eyes themselves function like organs of touch’ (Marks, 2002). This research has the potential to create a slower and more contemplative experience that goes beyond but is not distinct from the fomal visual representation and thus offers a resonant and affective way of seeing and feeling operational images.