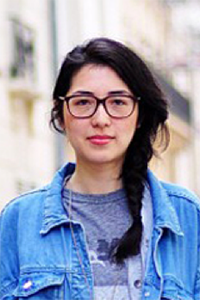 My project explores the dynamics of political change and silk production in the tumultuous history of Cambodia from the 1850s to the present day. During this period, the country was devastated by colonisation, civil war, dictatorship and Vietnamese occupation. At the intersection of material culture, history and Southeast Asian studies, my research takes an interdisciplinary approach to build a comprehensive picture of the revival of silk production in modern Cambodia. Artisanal silk flourished under the French protectorate and suffered a serious decline during the rule of the Khmer Rouge (1967-1979). The Marxist regime destroyed mulberry tree fields and silk farms to the benefit of proletarian cotton. The bombyx mori silkworms that produce golden silk unique to the region nearly vanished. Since 1992, several groups supported by foreign investments have pledged to save this heritage. The IKTT (Khmer Institute for Traditional Textiles), founded by Japanese pioneer Kikuo Morimoto, and Artisans d'Angkor, a French-Cambodian governmental project, underwrote a revival of traditional sericulture. Artisans are keepers of a fragile legacy in a country where mass-produced garments represent eighty percent of total exports. Yet this revival also fulfils economic and cultural objectives. With flows of tourists visiting Angkor’s archaeological splendours, traditional crafts have been associated with the Khmer Empire (802-1431 AD). Cambodians—women especially—have reclaimed this cultural past by wearing silk attire for ceremonial occasions.  My methodology entails the use of a diversity of sources including archives, museum collections as well as oral history. Drawing on my experience in documentary filmmaking, my fieldwork will mobilize photography and video to illuminate the connections between contemporary silk practices and ancient traditions. By weaving together the compelling stories of those involved in sericulture with historical data, my dissertation will expand the knowledge base and help to contribute to the preservation of Cambodian cultural heritage.