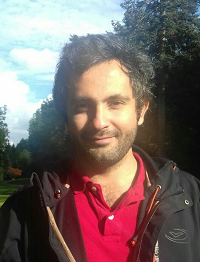 Towards a Recognitive Theory of Global Justice


An ever increasingly globalized economy has elevated the controversy regarding the moral, ethical and politically foundation of a concept of global economic justice to the forefront of philosophical and crossdisciplinary debate. This is especially true given the constant evolution of the political, demographic and geographic factors in the current global environment.  The proposed project will examine one particular basis for global economic justice: the concept of recognition as a normative groundwork for a critical theory of society as first espoused by G.W.F Hegel primarily in Phenomenology of Spirit and subsequently elaborated and challenged in the works of Axel Honneth and Nancy Fraser.  Diametrically opposed to the current pre-occupation with a theory of global justice grounded in the distribution of material goods, the contribution that this project will make to the current knowledge economy will push the limits and possibilities of using mutual relations of recognition between persons, intra-state groups and states as the basis for a new understanding and evaluating of global economic justice.  This new approach has deep and widespread implications for not only theoretical global justice debate, but also for considering global conflicts. By developing an appropriate vocabulary for considering this project will help us better understand and adequately challenge global inequalities and symbolic and material dimensions of racism, sexism, colonialism, and sectarianism (including Islamophobia) as legacies of historical injustices. Beyond working to define an appropriate theory of global justice, this project is also significant in that its analysis requires a unique combination of analytic and continental philosophical approaches. If we want global justice to become truly global, then we should embrace a future with an unrestrained, global philosophy. We have much to learn from other traditions to improve our understanding of philosophical issues.