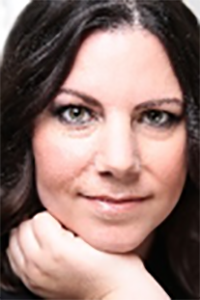 Creative element: The Forbidden Palace, a historical novel Set in China in the early 1700s, The Forbidden Palace is the story of Niuhuru, a low-ranking concubine destined for greatness and her relationship with Giuseppe Castiglione, the Italian Jesuit painter and architect who served three Emperors of China. Their inter-cultural relationship will have a lasting impact on Castiglione’s art and the garden palaces he is asked to design, but will force each of them to make difficult choices. Critical element How do supposedly ‘scientific’ disciplines such as historians and archaeologists use imagination in reconstructing historical artefacts and locations and are they willing to admit to its use at all? And how do these ‘fictionalised’ historical artefacts inform the imaginative work of the historical novelist? Perhaps the choices of authors and historians, in reconstructing the past, are more similar than they might at first glance appear.  Bringing the two elements together. The two elements come together to form a complete entity through using a framework based on the notion of Mimesis (world view) developed by philosopher Paul Ricoeur. The primary case study will centre on the Yuan Ming Yuan (Garden of Perfect Brightness): the now ruined but once legendary historical summer palace and gardens of the Emperors of China. The Yuan Ming Yuan is both the key location for the novel and the focus of multiple historical reconstructions, from wearable CGI tours to full-scale physical reconstructions. How do the choices and intentions of those reconstructing the past affect the reader’s experience of it?