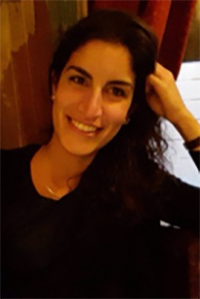 Locating stories of time, memory and place in urban activism in Beirut

Thesis Abstract: My thesis is an exploration of urban activists’ narratives and experiences of space, place, the past, memory and time in contemporary Beirut (post-1990). It provides new insights concerning the relationships of Beiruti urban activists to time and space. My thesis shows that by considering the ways in which people narrate their memories and their interactions with their physical and temporal environments, new insight can be gained into how everyday life in Beirut is shaped by temporal and physical changes in the urban landscape. My research is interdisciplinary in nature, grounded in memory and urban studies, and finding inspiration in ethnography, human and emotional geography, narrative inquiry and thematic analysis. It is based on fieldwork pursued in Beirut (2017-2018) that included conversations with urban activists and observations of the city. The conversations presented in the thesis make visible facets of urban struggles, and relationships to the past and to urban space, which are not accessible via documentary record alone, nor to an attention to institutional processes alone. This thesis contributes to memory studies interested in Lebanon by challenging the tendency to view the Lebanese memory context solely in terms of violence, division, and amnesia, thereby challenging the linear and cyclical conceptualisations of time that accompany these dominant thematisations. This thesis also contributes to memory and urban studies by questioning the dominant academic conceptualisation of Lebanese civil society as 'violently divided' and trapped in a sectarian system. Through detailed analysis of conversations with urban activists, it presents the urban activist scene as a platform for action that allows activists to negotiate the spaces of the city, society, time and memory: urban activists’ narratives of time and the city reveal alternative lines of connection and division that run transversally to sectarian conceptualisations of the Lebanese, and constitute an important intervention in ongoing negotiations over the city. The thesis begins with a contextualisation of the complex relationships to memory and the past in Lebanon in the last thirty years, situating contemporary urban struggles within the Beiruti context (chapters one and two). After a description of the approach to the study of ‘timespace’ in Beirut (chapter three) and the methods employed in this research (chapter four), the second half of the thesis analyses specific facets of the experiences of Beiruti urban activists, through the themes of emotions (chapter five), rhythms (chapter six) and the imagination (chapter seven).