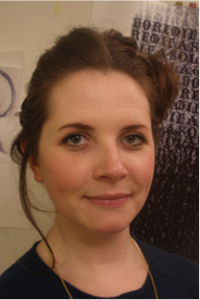 Shimmering the Screen - Surface tension and perpetual vacillation in the digital image.

I am preoccupied by two dominant metaphors around digital art: ‘shimmering’ and ‘flatness’. I want to flesh out the implications of this terminology, what it tells us about the status of art in a wider digital context, and what the potential relationship could be between the viewer, the artist and the art thing in a terrain of shimmering flatness.  Despite their apparent antithesis – inert, absorbent flatness versus restless, light-emitting shimmering – both terms share a common acceptance of a kind of invisible but inviolable membrane separating the viewer from the viewed. For all its alluring slickness, the image ultimately rebuts us: we cannot get purchase on the smooth surface of flatness and cannot fully perceive that which is shimmering; there is a surface tension to the plasma screen or liquid crystal display that defies analysis. This conceit of physicality takes us to the heart of how we think of ideas: we talk about a body of knowledge, getting our head around something, having a feel for it; our figuration of ideas is fundamentally figurative. Indeed, we even use bodily metaphors to judge conceptual quality: better ideas are stronger, carry weight, and the best ideas have legs. Where does such tactility leave the immateriality ascribed to post-net aesthetics? Does it indeed become immaterial, irrelevant? Against this, ‘the screen’ operates simultaneously as ‘window onto’ and ‘screening from’, enabling and blocking cognition. This opaqueness is in part due to the deliquescence of digital ‘film’ into weightless code: it has lost the sutures which Benjamin identified between the edits in celluloid film, potential moments of entry or traction which allowed the viewer to grasp the image (physically and intellectually). The new software softly insists on a ‘flatten all layers’ process, but my thesis is that we need a more bodily, base language for digital.