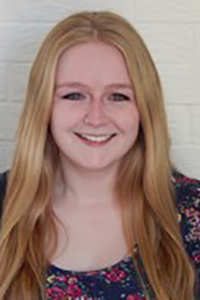 'The gentry are sequestred all': An investigation into the implementation, impact and ramifications of sequestration during the Civil War, Interregnum and Commonwealth periods, c1645-1660.

My research will be an exploration of sequestration - the process by which land, money and goods were confiscated from delinquent families during the English Civil War, Interregnum and Commonwealth periods. This tactic was primarily utilised by the Parliamentarians as a method of reducing the revenue available for Charles I to draw upon, and simultaneously finance their own military campaign, but the Royalists also launched their own sequestrati on policy in the mid-1640s, albeit on a smaller scale. This topic has been largely overlooked by scholars and it has never been the subject of any in-depth analysis, which has led to striking misconceptions about its origins, administration and efficiency. I will explore the developing legislation governing the process, and the challenges associated with ensuring its legal and effective implementation across England and Wales.    I will also explore the impact of sequestration on people from a diverse range of backgrounds; prominent Royalist gentry families whose grand houses were ransacked, to the mercantile middle classes whose livelihoods were threatened when their business premises were plundered, and poor tenants in cities and country estates who suddenly found themselves with a new landlord and difficult decisions to make regarding their political and personal allegiance. Significant emphasis will be placed on the role of women involved in fighting against sequestration, which can be studied using the petitions they submitted to Parliament and also through representations of sequestration in Royalist propaganda material.     This is a completely new piece of research which could make a major contribution to our knowledge of how the contest  between Crown and Parliament was waged away from the battlefields. Its combatants were armed with paper and parchment rather than pistols, but their traumas ran just as deep.