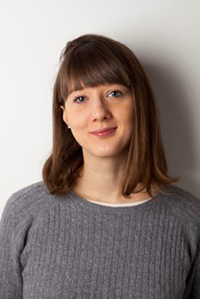 “Building a Nation: Consumer Culture and Design in SFR Yugoslavia in the 1970s”

Often labelled a country “in between” - East and West, socialism and capitalism, modernism and tradition – SFR Yugoslavia was described by Time magazine in 1965 as “a 100% Marxist country – 50% Karl and 50% Groucho”. The byline highlights how, in a historically, culturally and geopolitically complex region, the Yugoslav state sought to legitimize itself by offering to its citizens a very real and attainable materialization of the “good life”.  My research project explores the role of design practice within the country's developed consumer culture, understood as a key instrument in creating and organizing the Yugoslav society as a whole. Seen both as a tool of political manipulation and control and as a means of civil disobedience and resistance, design practice will be analysed by looking at its relationship with the power structure, on one hand, and ordinary life of its citizens, on the other.  In particular, I will look at a specific set of everyday objects developed by six industrial facilities ostensibly operated by workers' councils and ultimately controlled by the party. The objects – which vary from coffee grinders to telephones, from scooters to electric drills, from seating systems to newspaper stands – will be analysed following a series of questions, central to the creation (and subsequent collapse) of Yugoslavia: what was the relationship between private and public ownership; how was design production incorporated within state policy; what is the role of leisure in everyday life; how is youth culture exploited in dominant political narratives; what is the role of memory and nostalgia in  understanding the Yugoslav society today.  Therefore, this thesis will rely on museum collections, national archives, company collections and oral history, with the aim of revealing how assumably banal elements of everyday life manifest the successes and failures of a society.