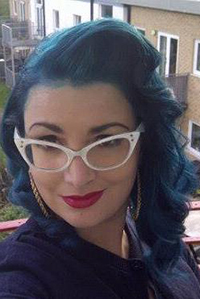 Theatre Design in Regional Theatre: Realising the Visual at The Liverpool Everyman and Playhouse 2003 – 2015

My research utilises scenography as a framework to consider theatre design at the Liverpool Everyman and Playhouse (amalgamated in 2000 as the Merseyside Theatres Trust) between 2003 and 2015, and its role in expressing the visual identity of those theatres and their city. This period covers a time of economic and socio-political change for Liverpool, catalysed by its successful European Capital of Culture bid in 2003 (coming to fruition in 2008). This enabled major redevelopment of the city and significant investment in creative industries, which lead to an increased local interest in theatres’ role within the city’s cultural heritage (Cox, Garcia, & Melville, 2010, p. 27). In light of Armstrong’s (2010) study of emergent British Identity through scenography at the National Theatre, I argue that realising the visual in ‘Made in Liverpool’ productions (new writing or interpretations by Liverpudlian writers) concerns the performed identity of the theatre and its perception/presentation of Liverpool. Due to increasing funding precarity (Gordon, Powell & Stark, 2013) regional theatres maintain a localist agenda but must also aim to be national and international in their cultural scope (Aydon & Bodinetz, 2005).  The navigating and visualisation of this complex identity is not always clear from the final production photographs or reception, but through process documents (stage managers reports, prompt copies and production meeting minutes) the behind the scenes narrative may be revealed. As part of my study I shall be developing the foundations of a methodological model for the digital creative archiving of such documents that may be potentially expanded to a national project, providing a valuable new resource for scenography researchers.