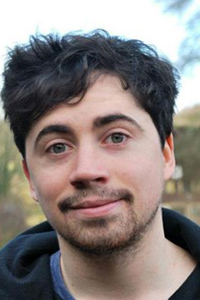 The pub is an iconic space in British culture. This research addresses the transformation of the British public house since 1979 in order to understand the changing politics of design in everyday life. Three case studies will demonstrate how the traditional vernacular of the public house has been transfigured during this period through: the growth of the pub chain (via the case study of J.D. Wetherspoon); faux-alternative designs (via the case study of BrewDog); and the recent emergence of the micro-pub (case studies selected from members of The Micropub Association). As the post-war political-economic consensus collapsed in the 1970s, companies saw an opportunity for a new type of consumer environment that placed architectural design at the centre of its marketing strategies. The most symbolic and extensive manifestation of these new pub chains was J.D. Wetherspoon, founded in 1979 and now with c.900 establishments throughout Britain. The design choices of this chain attempted to embody a wider political shift, targeting a new type of aspirational consumer rather than serving a local community. Subsequently, a cultural and political backlash against corporate homogeneity and its accompanying ideologies led to competing pub designs. On the one hand, new corporate designs started to incorporate ‘alternative’ aesthetics and ideologies, as represented by the ‘libertine’ brewery and venue chain BrewDog (founded 2007). On the other hand, a phenomenon like the ‘micropub’ (Micropub Association founded 2012) performs a different resistance to corporate brandscapes, emphasising both a return to the traditional public house and an often ad-hoc co-creation of spaces. Thus, the research will explore how contemporary public house forms relate to a wider politics around the corporate control of the everyday environment. In so doing it will extend existing scholarship on the history of the British public house, on contemporary spaces and cultures of consumption and on approaches to ‘architectural geographies’.