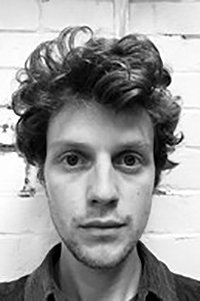 Textures of Fixation: The Viscous Substance in European Culture since 1850

The viscous is neither solid nor liquid. It is not one thing, but rather a quality of resistance and of flow, of stickiness and of slipperiness. My research will focus on the history of this material quality since industrialisation, tracing and exploring its position in technological and scientific history, as well as in the domains of modern theory and aesthetics.  With the technologization of the viscous since the industrial revolution, there has been a proliferation in the variety of its forms, both materially and imaginatively.  Mechanised industry required lubricants and oil distillation produced waste products that were refined to form Vaseline. From this age, new viscous forms emerged, products from plastic (and plastic explosives) to cosmetics, glycerine, asphalt, sexual lubrication, hydro- and aero- gels, even anti-climb paint. The development of the viscous in the material world over the last 150 years is echoed in the realms of cultural discourse. The viscous has been used both metaphorically and literally by an extraordinary variety of ideologies, theories, artistic movements and practices. It has been feared, enjoyed, metaphorized, ironised, eroticised and even politicised.  Starting with the company who first refined Vaseline out of petroleum residue in the 1850s and the language of Marx’s Das Kapital (1867), this research will trace the history of the viscous substance as its material and theoretical existences interact, diverge and emerge from one another. Linking institutions like the BFI, the Science Museum, the RCA and Imperial, my research will be fundamentally interdisciplinary. It will combine the history of industry, art, philosophy, psychoanalysis and political theory. This PhD will be the first in-depth work in cultural studies on the viscous substance in modern European civilisation