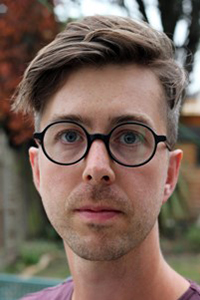 What happens to a sculpture when it is filmed and photographed? How is it effected and changed by this process of capture and representation? Can sculpture and media act together to produce something which has its own particular force and existence? Can a mediated object be considered as an art object in its own right?   This practice-led enquiry will open out the possibilities of the pictured sculpture, conceiving of the act of mediation as integral to the creation of the art object, a radical transformation and fundamental constitutive act without which the object would not be what it is. Using various representational media - still, moving and virtual - I will test the power of the media to transform the sculptural object giving to it unexpected qualities, altering its perceived scale and materiality, finding ways for the pictured sculpture to exceed its origins entering into the viewer's perception as something distinct yet inseparable from the process of mediation.   This research will take into account key contemporary philosophical debates around the nature of objects - the dynamic between their self-containment and secret excesses, and their reliance on a referential contexture - alongside phenomenological investigation of the ways in which the pictured object is grasped by the viewer, not merely as something seen visually but perceived bodily. This will be underpinned by an historical analysis of how the art object has been forged historically in relation to the photographic image and how artists over the past century have used representational media to put the integrity of the art object into question.   This research will create new understandings of the nature and possibilities of the pictured sculpture, establishing it as a locus of practical and theoretical inquiry which is at the heart of image production in contemporary art.  www.billleslie.co.uk