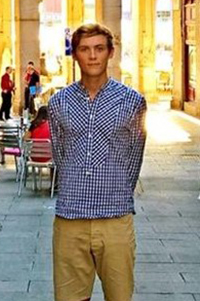 Comparing three groups of 'Bohemian' writers in London, Melbourne and New York and placing them in an international context of developing transnational media relations, this project will shed light on the circulation of ideas, aesthetics and personnel between three cosmopolitan cities in the mid-nineteenth century. With a focus on their lives, works, environment, networks and their social interaction in Bohemian clubs, the project will show how a transnational community of Bohemian cultural producers participated in the development of a radical global public sphere and influenced the transformation of media and communication pathways in an increasingly interconnected world. Despite some distinctive national characteristics, the different Bohemian groups exhibited striking similarities in terms of their writing styles, methods of publication, aesthetics, lifestyles, sociability, and political ideas. This study will primarily concern itself with whether, and if so how, they communicated this group identity across national boundaries. The Bohemian groups were in the vanguard of an unprecedented transformation of literary, publishing and newspaper trades. This transformation was driven by a series of changes: technological, with the introduction of the steam printing press; commercial, driven by the growth of audiences through advertising campaigns and the serialisation of novels; an expanded customer base due to increased literacy rates and the increasing popularity of reading among the emergent middle classes. Though many of these changes originated in London, a global communications revolution quickly spread them throughout the world, helping to create a radical global public sphere and the beginnings of new media. The proposed research will make a real-world impact through conference presentations, published papers, the promotion of exhibitions in local communities, the production of a TV documentary and the implementation of social media resources to engage the public with the achievements and the legacy of the mid-nineteenth century Bohemians.