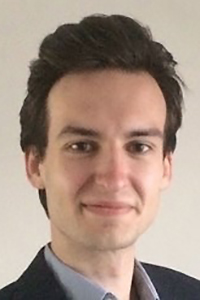 Rap, metal: where do we begin? These two styles of music have been variously reviled, championed, and censored. Most academic research on these musics discuss sociocultural issues related to either ‘the golden age’ of rap or ‘heavy’ metal, but each genre thrives to the present day, both in musically fascinating ways and with enormous global popularity. I attend closely to the sounds of recorded rap and metal released since 2000, identifying power as a thread linking the tracks themselves to their social, political, and technological context. I use music analysis to interpret power in texts, and place my musical subjects in their surrounding worlds with the interdisciplinary notions of style, scene, and subculture. Comparing rap and metal side by side reveals many intriguing contrasts and contradictions in the ways that musicians and fans create and use the music they love. From flashy guitar solos to lyrical boasts, from Auto-Tune to screamed vocals, from arguments between bands and label executives to online disagreements about the value of certain songs: power relations are made manifest at all levels of living with music in the digital age. I draw from established work on other popular musics, discuss close analysis of a wide range of tracks, and survey the values of digital communities to bring to light new understandings of power in these two types of popular music.