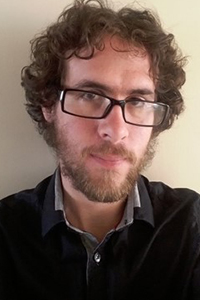 This project examines the representation of technology and human connection in twenty-first century fiction. The overarching research question asks how human experience of technology is explored by contemporary fiction. It will consider how micro and macro technological structures are used in the contemporary novel as significant elements of form, structure and character. It will concurrently explore the ways in which the novel genre is influenced by a twenty-first century environment and what ethical conclusions can be drawn about the status of technological interaction in human experience. The method of analysis will apply critical concepts that articulate human experience in an age of systems, such as ‘instantaneity’ and ‘transhumanism’. The presentation of virtual and physical technological structures will be examined in relation to the theme of self and identity. Critical analysis will examine how these structures condition the public/private identities of characters, as well as the interpersonal and self-authored relationships represented in the texts. The main body will consist of chapters on four twenty-first century writers: Jenni Egan, Tom McCarthy, David Foster Wallace and Geoff Ryman. Their works possess what Robert Eaglestone labels “technological thinking” - a preoccupation with the role of technology in human experience. These writers allow for a suitable critical scope as each has special canonical or value status within the global literary, scholarly, and public reading communities. The project will ask how the twenty-first century novel is developing towards technological or “trans-realism”. This builds on work in this burgeoning field by critics including Peter Boxall, Richard Bradford and Robert Eaglestone. It also addresses the new turn in ethical criticism – including the work of John Wrighton, Jill Robbins, and James Phelan – pulling together the interrelated critical strands of systems, ethics and genre. Ultimately, the study aims to establish a critical language to articulate the relationship between the contemporary novel and its technological environment