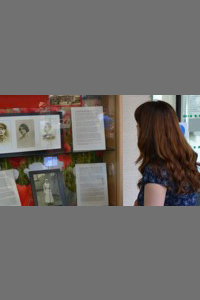 Gendered identities and the role of needlecrafts in Britain on the home front during and after the First World War, 1914-1925

This research proposal examines the role of needlecrafts in Britain during the First World War in shaping, challenging and articulating gendered and social identities. It explores the creation and maintenance of domestic, professional, therapeutic and rehabilitative spheres for the practice of needlecrafts during and after the war and examines how gender characteristics and identities were constructed and deconstructed therein. This project will investigate how the wartime galvanisation of women to engage themselves in needlecrafts, especially knitting and crochet, was enacted and received; the extent to which these activities forged gendered links between home front and war front, and whether they strengthened or challenged existing gendered identities. I will look specifically at attitudes communicated by needlecraft literature during and after the war, including commercial magazines and pattern books and consider issues of family, social class, moral values, and professional and amateur status. The project will consider the relationship between needlecraft and masculinities during and after the war. It will examine the use of embroidery and lace work as a means of rehabilitating wounded veterans and explore how this contributed to re-skilling or enhancing employability, and its impact on masculinity. I will examine the techniques that were taught to and applied by veterans, and how activity was defined in relation to masculinity and home front needlecraft practice. Finally, this project examines the design, practice and technical processes of needlecrafts: their design language, circulation, associations and historical application, and explores how changes in context articulated identity and experience during the First World War. The value of this project is that it focuses on the craft of needlecraft, understanding it historically and practically, and looks at how the craft shaped, and in turn was shaped by, gender during and after the war in Britain.