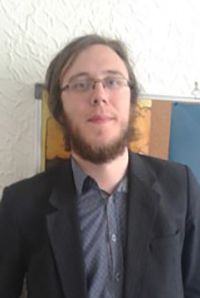 The landscape of British popular culture in the 1970s was one increasingly shaped by tendencies to explore extremes, in terms of both aesthetics and ideas. References to fascism and authoritarianism were central to this, such as in David Bowie's adoption of the 'Thin White Duke' persona or films like A Clockwork Orange. The arrival of punk and associated countercultural movements in the late 1970s, which coincided with the peak of the National Front, saw such references become increasingly commonplace. Although usually presented ambiguously, as in the symbolism of industrial collective Throbbing Gristle, these references were sometimes explicitly neo-Nazi in tone, as in the Rock Against Communism movement. This project will interrogate how far uses of fascist aesthetics and ideology were central to forms of cultural expression in the British underground in this period, seeking to find them a place both in the history of the British far right and in that of the British counterculture. Through this, the project will also engage with questions about the wider nature of British politics, culture and society during the period in question, whilst also providing an insight into the cultural and social impact of extremist politics