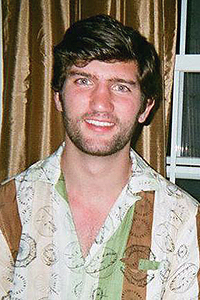 How to construct a line of flight: A psychoanalytic genealogy of Deleuze and Guattari’s concept

Like many thinkers of their generation, the philosopher Gilles Deleuze and the psychoanalyst and militant Félix Guattari were interested in critiquing the philosophical and organisational structures that form the basis of our social and political world. In their collaborative work, Deleuze and Guattari attempt to supply the reader with a number of new concepts that can be used to help us break down these structures. My research project will concentrate on an analysis of one such set of concepts, namely the activity of the ‘line of flight’ and its interaction with the ‘molar’ and the ‘molecular’.

In the burgeoning field of Deleuze studies the misapplication of these concepts can not only lead to inaccuracy, but also to reactionary misunderstandings of Deleuze and Guattari’s work. By conducting an in-depth analysis of ‘lines of flight’ I hope to offer a clear explanation of the potential political uses of this concept and to offer a guide to the most effective methods for engaging with Deleuze and Guattari’s conceptual framework.

Deleuze and Guattari were both heavily influenced by psychoanalysis and the concept of the ‘line of flight’ was created by referencing the psychoanalytic work of Jacques Lacan and the therapeutic practice of Fernand Deligny. This research project will investigate these references as a method for discovering the most effective use of Deleuze and Guattari’s concepts. Ultimately, my research aims to uncover the psychoanalytic context in which the concept of the ‘line of flight’ is embedded and to use this understanding to provide a clear explanation of how to engage critically with the current organisational structures that determine the activity of our society.