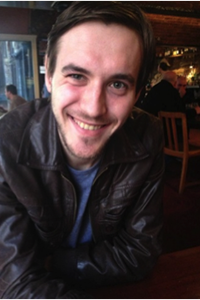 My research will be an interdisciplinary examination of the Belfast punk scene in the late 1970s. Mainly applying an oral history methodology, I intend to use this subculture to explore issues of belonging, sectarianism, spatial division and resistance in Northern Ireland during the Troubles. The project will bring together elements of sociology, conflict geography and cultural memory theory, as well as more traditional historical analysis. By interviewing participants in the scene I will test the premise that punk created a non-sectarian space in which Protestants and Catholics could mix, challenging the leisure segregation that was (and to some extent remains) characteristic of the city and of Northern Ireland as a whole.  Hopefully, this will allow me to introduce a spatial and geographic element to the research, discussing how the lived urban environment was shaped by the Troubles and how attempts were made to find shared spaces within a heavily demarcated environment.  I also intend to create a ‘living archive’ - Anandi Ramamurthy's archiving project, Tandana, is a good example of what I’m aiming for - in an attempt to make the project more accessible and underline its relevance to contemporary Northern Ireland.  This also ties into a potential exhibition element that could be drawn out of my research in my final year, using images, recordings and other media to encourage young Belfast residents to respond to the idea of segregated space in their own lives.  My MA research focused on the crises facing working-class loyalism in Northern Ireland, examining bonfires and parades as symbolic expressions of group solidarity (as well as provocations aimed at the nationalist community). My BA is in history. I’m currently working as a digital copywriter.  The long-form journalistic piece that emerged from my MA (along with some other writing) is available fearghusroulston.wordpress.com