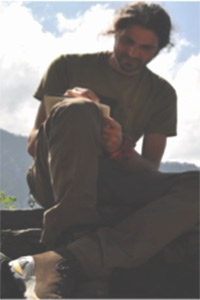 Pneuma and the Unity of Stoic Philosophy

Philosophy is the study of knowledge, nature and life. This not immodest task was systematized into the study of logic, physics and ethics, whilst the ambit of this tri-partite division is in large part down to its promulgation by the philosophers of the porch or stoa, the Stoics. Their innovation lies not only in conceiving of philosophy as a system but in describing it as an organic and inter-dependent whole. That is to say that they inveighed against the separation of knowledge, nature and life, describing their integration using biological analogies. Hoc modo philosophy is likened to an animal: logic being the bones, physics being the flesh and sinews, ethics being life and consciousness. Such description acted as a philosophical challenge to others who believed that one part could be studied effectively in isolation, for this would ignore the functioning of the system as whole.

There is a certain irony, then, in the fact that only fragments of Stoic philosophy have survived the treacherous historical journey into modern times. Yet, the nature of their systematization of philosophy divulges possible methodologies in which to reconstruct their thought via an integrative study of individual theses.

Is it possible to have a unified theory of everything? This is the question that the Stoics resourcefully tackled. The way in which they did so is what I aspire to unearth in this study. The project is not unambitious, for the fragmentary evidence may be likened to pieces in a complex and incomplete puzzle and, as with any puzzle, one must be able to formulate a picture from the available clues. To this end I am exploring the doxography for an idea of theirs which emerges as prevalent in their philosophy – that of pneuma (breath or spirit) – and examining the multi-scalar way in which this thesis manifests itself in the three parts of philosophy.