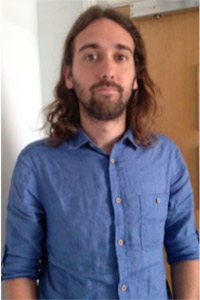 Confrontation with Catastrophe: Shakespeare and Appropriation in the Drama of David Rudkin, Howard Barker and Sarah Kane.

My thesis sets out to analyse appropriations of Shakespeare in the drama of British playwrights David Rudkin, Howard Barker and Sarah Kane. These dramatists have all produced plays that rewrite, rework and reimagine Shakespeare, whether it is through creative adaptations of his plays – such as the 2002 Howard Barker play Gertrude – The Cry, an eroticised reimagining of Hamlet – plays that are in intertextual ‘dialogue’ with Shakespeare – like the 1995 Sarah Kane play Blasted, a work profoundly influenced by King Lear – or dramas in which Shakespeare ‘himself’ appears, such as the 1984 David Rudkin play Will’s Way, a solo-play in which Shakespeare gives a riddling talk to the audience on the ‘unhatched selves’ materialised in his dramatic creations.

Unlike the politically motivated appropriations of Shakespeare that have grown out of Brechtian ‘epic’ theatre, the appropriations of Shakespeare by Rudkin, Barker and Kane have sought to revive a tragic drama that insists on the autonomy of the ‘self-fashioning’ individual, often in moments of violent transgression that paradoxically will self-destructive catastrophe.

Drawing on the aesthetic philosophy of Theodor Adorno, my thesis will address the way in which this revival of the self-fashioning tragic protagonist – which capitalises on Shakespeare’s ‘breakthrough into mortal and infinitely rich individuality’, as Adorno put it – challenges the diminished opportunities for individual experience in the commodified ‘totality’ of late capitalist culture. In particular, I am interested in how these appropriations, by depicting individuals who overcome the usual constraints of history, ideology and morality, open up ‘metaphysical’ possibilities above and beyond everyday material reality. This is typical of the way in which, through appropriations of Shakespeare, Rudkin, Barker and Kane have reinvigorated drama as a metaphysically and existentially vital art form that pushes toward new values and new ways of being in the world. Read my article on the gaze in Richard II at: http://www.tandfonline.com/eprint/Yfw4kXsaNQspzDDxsM5T/ful