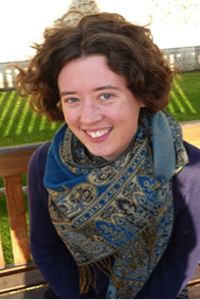 To my knowledge, my PhD is the first ever depth study of Woman’s Weekly (WW) magazine. Launched in 1911 as a housewives’ manual, over a century later it still provides its readers with articles on beauty, childcare, cookery, craft, fashion, holiday, housework and relationships, forums for debate and fiction for relaxation; its longevity testifies to its continuing relevance. Focusing on the years 1918 to 1955 will allow me to compare WW’s responses to the immediate aftermaths of World Wars One and Two, to examine its response to the latter conflict, to determine whether it supports historians’ belief that British women who entered the labour market during the Great War were encouraged to return to their homes following the Armistice (Beddoe 1989, White 1970) and to investigate whether and how it engages with the militant British Housewives’ League. My study’s end-date is influenced by Randall Stevenson’s observation that the post-war creation of the Welfare State and Suez crisis (1956) triggered the emergence of “a new kind of life” from the mid-1950s onwards (1986, pp.118-119).  Margaret Beetham describes the magazine as “a place where [cultural] meanings are contested and made” (1996, p.5); Cynthia White stresses their “potentially considerable social and economic influence” (1970, p.17). WW is thus of great value to critics and historians. Sold for just 2d and crammed with practical household advice, it is evidently produced for the servantless housewife who runs her home on a limited budget; by examining it within its socio-historical context, I will contribute significantly to understandings of the social culture of early-mid 20th-century lower-middle class British housewives. I shall interview some of its readers to determine whether and how it shaped these individuals’ aspirations and expectations, gauge its contribution to their lives and reveal the distinction between its actual and implied readerships. In addition to my thesis, I aim to edit a popular collection of WW extracts and curate a museum exhibition based on my research. WW’s status as a mass publication makes disseminating my project beyond the Academy highly appropriate.