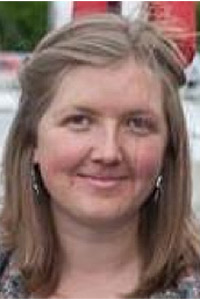 Music, musicology and anti-capitalism in the twenty-first century

The idea that various different kinds of popular music have different relationships with capitalism, and following this, that some types of music are better at resisting capitalism than others, is not a novel one, having been posited by various scholars since Adorno, including Simon Frith, John Street, and Stephen Graham. Often such work compares 'ideologically resistant' genres such as punk, folk and protest music against commercial manufactured pop. In this scholarship, notions of value, authenticity and newness in music are often invoked, whether implicitly or explicitly. Yet while scholars continuously (and whether consciously or not) evoke these three concepts, the implications of this have not been adequately investigated. In order to devise a theory of what constitutes anti-capitalist music, it is necessary to get to the bottom of exactly what is at stake when we invoke such concepts. This is an issue not only for scholarship that specifically addresses music and capitalism, but for musicology more widely, which since the postmodern turn has been thrown into a state of confusion regarding its position on value, authenticity and newness. Drawing on the work of scholars such as Simon Frith, David Clarke, J. P. E. Harper-Scott and James Currie, I will demonstrate how the current dominant attitude regarding these concepts is itself complicit with the capitalist regime. I will reveal the disjunction between the exile of musical value, authenticity and newness in the academy and the way in which such ideas are in fact important factors in shaping our musical tastes and opinions in the world outside academia. Addressing these three issues (all of which, of course, are intimately bound up with each other) thus has important implications regarding the relationship between not just music and capitalism, but also musicology and capitalism.