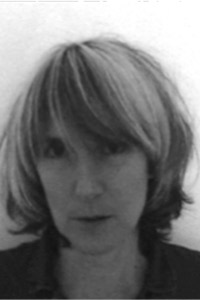 I am a Stylus: Play, Erase, Replay and Overdub as Strategies for Contemporary Fine Art Practice.

The aim of this research is to become a stylus. By becoming a pencil, finger, engraver, sound device and voice my PhD research asks how recording and playback techniques reveal information about time, immediacy and connections between the moment of production and reception. Within the research, discoveries brought about by using and becoming a stylus leave traces which produce new information which is then overdubbed, re-recorded and re-examined. Sound, voice, body, image and text are played, erased, replayed and overdubbed via drawing, print, performance, voice, text and video. The idea of the stylus is to amplify the crosstalk between the immediate moment and the recorded moment to explore the potential and possibilities of both.

An important part of my research includes the reinvestigation of work by artists and writers (often women) that may have been seen at the margins, to be experimental, counter cultural and intuitive. Elements of these works are re-imagined within my work to bring them back into focus. For example the experimental electronic musician Delia Derbyshire’s methods of splicing tape by hand have been re-enacted as a part of my performances and writings. This dialogue between the past and present is continued into investigations of early recording techniques. Original sound recordings, for example, dependant on the acoustics of the recording space, have an entirely different quality to digital sound, having no relation to physical space. In the light of this, how might the stylus be used to reconsider the importance of place and capture the unfolding of time and space? This reinvestigation of musical and sonic approaches includes inhabiting them to try to discover their particular qualities.