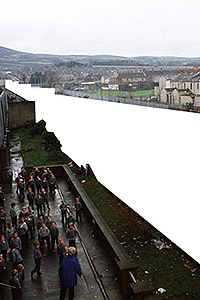 This research project aims to establish new modes of architectural representation and proposition conducive to working in politically contested architectural sites.  Focusing on the ‘Interface Areas’ that separate Nationalist and Protestant communities in Belfast, I shall undertake a practical and theoretical investigation into the architect's role in the transformation of blighted urban areas that have been neglected through the course of political conflict. I propose to innovate tools and tactics appropriate for architectural intervention into these areas in two specific ways. Firstly, by developing new modes of site analysis that employ 3D scanning, video recording and time-based media to draw-out and communicate the complexities and tensions in a given site. Secondly, by mobilising the ‘architectural device’ as a propositional spatial and technological tool capable of probing the limits of architectural possibility on such sites, where more permanent structures would prove divisive.

Underlying this project is a desire to accelerate (in whatever small way) the removal of the so-called ‘Peace Walls’ that have scarred large areas of Belfast (known as ‘Interface Areas’) over the past 30 years. These areas are highly politically sensitive and particularly resistant to change, which suggests that normative modes of architectural production cannot be applied. The aim of the project is therefore to devise new methods of architectural representation, projection - and, ultimately, production - that acknowledges the very complex situational forces that are at play on these sites and provides a way of working with and in this complexity. This involves devising ways to analyse and communicate such complexity, as well as developing a means of proposing change with respect to it. The research area is rich and complex, moving across historical and political narratives, conflict analysis, urban planning, architectural production and representation. 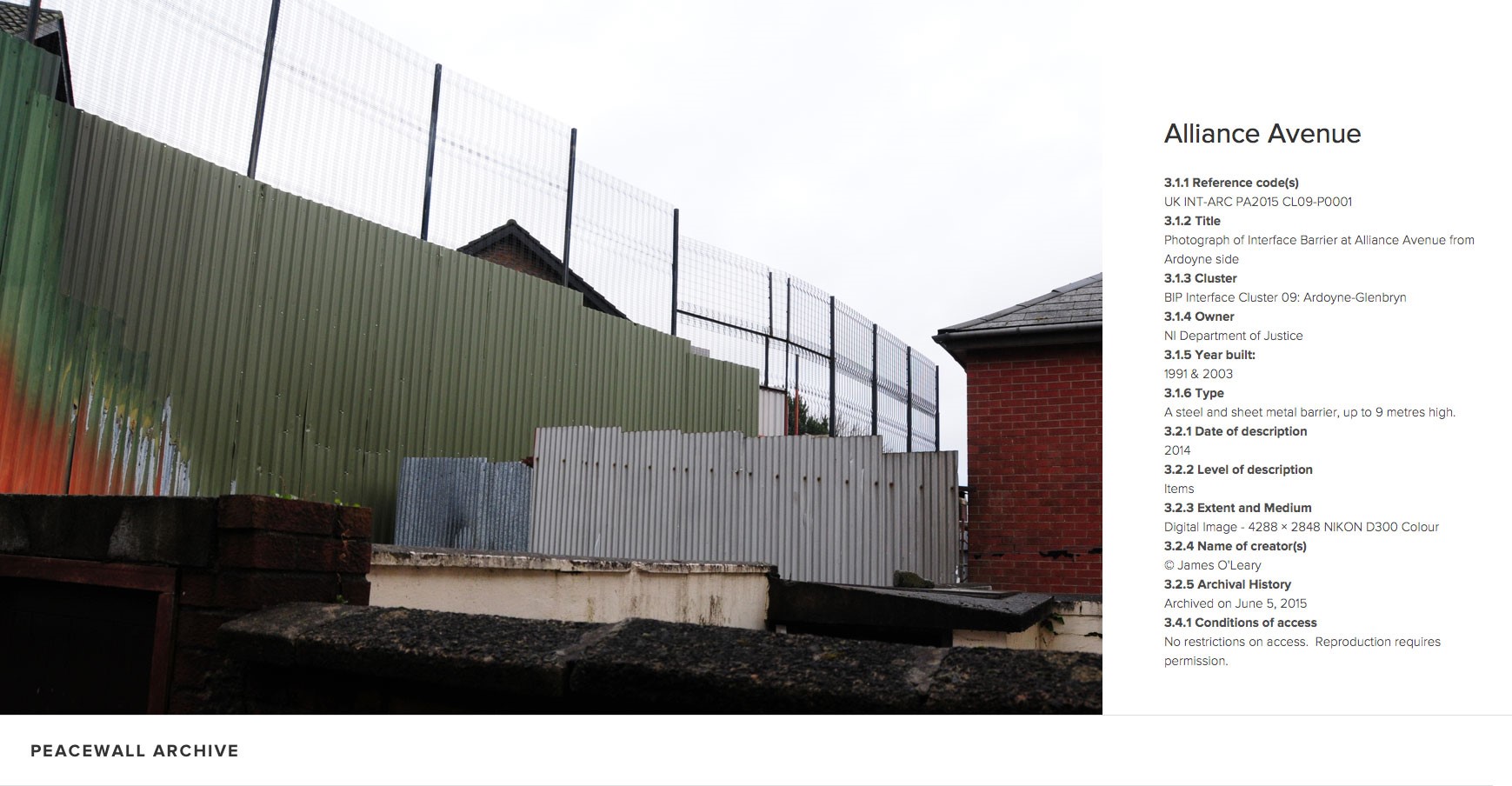 The Peacewall Archive aims to provide a definitive online documentation of the Belfast 'Peacewalls' in Northern Ireland. Through photography, drawing, video, text and audio, this archive documents the steady growth and hesitant removal of some interface barriers from 1969 to the present day.  This project stems from the recent (April 2015) removal and replacement of the Workman’s Gate Entrance at the Falls/Shankill Interface on Belfast's Lower Springfield Road. This particular event confirms the fact that the ‘Interface Areas’ in Belfast are slowly transforming, and will do so with growing frequency as we approach the Northern Ireland Executive’s target of complete removal of all interface barriers by 2023.

Physical barriers have increased in number and size in Belfast since the Good Friday Agreement in 1998.  However, some of the barriers currently documented on the website have recently (November 2015) been removed.  Locally, the existence of this archive will serve as further evidence that the physical interfaces are going through a process of removal, changing in state from physical artefacts to digital archive.  Looking ahead, the website will serve as a record, and perhaps a warning to other contested zones about the long-term implications of separation and segregation on urban, architectural and local community levels.

This work has been funded by the AHRC!