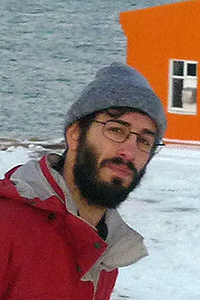 What is the Internet? An Ontological Investigation

The development of the internet increasingly calls to question numerous categories fundamental to fields including law, politics and philosophy, such that neither purely technical explanations nor those of fields such as the social sciences seem to adequately describe why the seismic shifts which the internet is engendering are occurring. This research project will seek to develop an understanding of the internet at a level which can grasp it as such, through a transdisciplinary nexus of computer science and historiography, and philosophical discourses on technology written concurrent to the internet's development.  The internet seems to challenge the efficacy of boundary concepts which delineate the separation of such spheres as the private and the public, self and other. It is as if it engenders portals through them, allowing for both total surveillance and a 'hive mind'. How then are we to understand such categories as privacy, private property and subjectivity? With the approach of a mass-adopted 'internet of things' to interface, potentially, any physical object with its network, the internet's effect on such categories will likely be even less than today a problem limited to a virtual realm than that to the real world itself.  This research project shall critically engage with the recent French philosophical 'turn' towards technology, lead by Gilbert Simondon. It is hoped that amongst other things this will help in the development of a (post/trans-)conceptual framework for such functions as networks, machines and data, as well as to problematise the legacy of Aristotle's distinction of human life from techne; a distinction which seems today increasingly untenable. It is also hoped that such a strategy shall reveal important yet untheorised functions. The development of the internet is perhaps the major technological turn of our age; this project hopes to evaluate the nature of that from which the Greeks called techne in the world today.