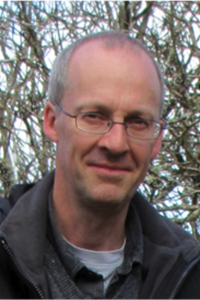 Nature Rituals of the early Medieval Church of Britain: Christian Cosmology and the Conversion of British Landscape from St Ninian to Bede

Nature rituals of the early medieval church in Britain:
Christian cosmology and the conversion of the British landscape from St Ninian to Bede

Synopsis of PhD thesis by Nick Mayhew-Smith, University of Roehampton

This project will investigate the nature devotions of early medieval saints in Britain. The intention is to illuminate the process by which the landscape was converted from pagan to Christian significance, reshaped through narratives laid down by pioneering missionaries.

It will categorise the nature rituals recorded in the lives of saints. These are spiritual interactions with landscape features, animals and the elements, such as immersion in rivers for prayer, preaching to birds, exorcising demons from wild areas, protecting animals from hunters, planting miraculous trees, controlling the weather, ascending mountains and descending into caves.

The early saints were connecting a new belief system to an old landscape. Their nature devotions were missionary in a cosmological sense: mapping spiritual significance on to a topography uncharted by Christian tradition.

The research is an exercise in historical theology, focusing on the relationship between nature, devotional practice and Christian cosmology. It is an attempt to classify and interpret the symbolism of these nature devotions as an expression of early Christian thought in Anglo-Saxon/Celtic Britain, and to examine its wider place in early medieval theology.

The project will ask why the conversion-era church placed such a high value on harmonious interaction with nature, using written and archaeological sources to reconstruct the theological and historical-cultural context. Were earlier people more receptive to seemingly ‘pagan-style’ rituals? Did a relatively undocumented period of history lend itself to mythologizing by later writers – in which case why were these stories chosen? How far were they shaped by the theology of the church elsewhere, and how far were they indigenous to the British landscape?

The project will inform modern trends in religion, such as growing concern about the environment and rising interest in Neo-Paganism, New Age spirituality, theology of the body and the Celtic church. The nature devotions of female hermits and abbesses shed particular light on the role and status of women.