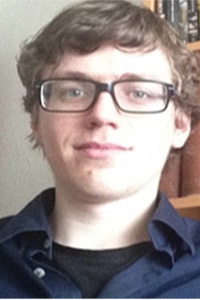 The Ignorant Demos: The incompatibility of Neoliberalism and Democracy.

There is no doubt about it: we live in dark times. While both global and local inequality grow rapidly, ecological cataclysm looms, neo-imperialist superpowers shamelessly expand their territories for oil or prestige, financial capitalism has proven to be not only self-destructive but parasitic vis-à-vis society, and political movements solely premised on fear and hatred multiply at an alarming rate, the people—who supposedly rule in our Western societies—appear to be all but powerless to exert any influence over these matters. Indeed, although today democracy is the only accepted form of legitimate government, it has seemingly been stripped bare by numerous different, more or less related forces and processes.

Amidst the myriad of de-democratising forces today, neoliberalism is certainly one of the most pervasive. My thesis contends that neoliberalism—understood as today's hegemonic political rationality, that is, a normative mode of political reasoning which reconstructs political institutions as well as modes of subjectivity, behaviour, and citizenship—constructs a certain mode of subjectivity which makes genuine democratic citizenship impossible. This neoliberal mode of subjectivity revolves around notions of human capital, self-investment, and competition. Crucially, neoliberalism denies that subjects can have knowledge regarding complex social processes, including the workings and outcomes of political processes. This, I argue, is squarely at odds with democratic citizenship as it is understood by most political philosophers belonging to the rich tradition of democratic theory.

By engaging with classical democratic theorists as well as with foreign literature (especially French and German) I hope to contribute to current debates surrounding neoliberalism and democracy with insights and angles heretofore overlooked by Anglo-American scholars.