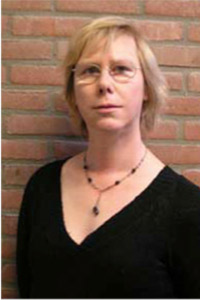 Take your Harem Pants Off, Baby: Ethnicity, Modernity and Tradition in the Musical Practice of the Bosnian Krajina.

The thesis title is the first line of a song from northern Bosnia, which is home to three different ethnic groups, Bosniac Muslims, Croats and Serbs. They share a common language, rural and small-town customs, and despite patterns of emigration and forcible displacement over the last century, a common regional identity. They also share a common and thriving musical style, which combines presumed 'ancient' harmonic and melodic characteristics with modern electronic instrumentation and patterns of production and distribution.

The area is politically complex, having historically fallen under multiple foreign powers and ideologies, and currently transected by the border between the two entities constituting present day Bosnia and Herzegovina. As a result, the population is subject to multiple local and external pressures affecting their allegiances and identities. I intend to investigate how this musical practice has developed within this complex and unstable situation either to strengthen local identity or to aid in the process of further differentiating ethnic identities; to examine the tensions implicit in its positioning as a nostalgic practice invoking an imagined, utopian village tradition while engaging in the practice of modernity through technologically developed means of performance and channels of dissemination; and to reassess it from the perspective of post-colonial studies in a European context. Furthermore, given the varying representations of gender and ethnicity in lyrics and videos, and the increasing prominence of women as public performers, I will address the relationship between musical developments and changes in gender roles under the pressure of modernisation, emigration and newly empowered religious authorities. Apart from its intrinsic aesthetic interest, this little-known musical style raises questions about ethnicity, gender, place and belonging, acutely important to the people of its heartland, and of considerable significance beyond.