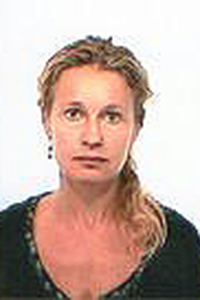 What the women have to say: women’s perspectives on language, identity and nation in Cataluña

This study will examine women's use of Catalan in their social practices as part of their construction of gendered and national subjectivities. The focus of the study will be three female 'generations' during a half-century of dramatic historical transformation in Spain and Cataluña from the 1960s to the present: 1) women's roles in ensuring the survival of Catalan under the Franco dictatorship; 2) women's emerging activism as feminists and nationalists during the transition to democracy and consolidation of Catalan autonomy within the Spanish state; 3) the new millennium and new nationalist/gendered subjectivities in the context of changing patterns of migration, growing multiculturalism, economic crisis and renewed demands for Catalan independence.

My research questions are:

How did women contribute to the preservation of Catalan language during Franco's regime?

In what ways have the emergence of a feminist movement and discourse, and changing patterns of migration, transformed the relationship between gender and national identity in Cataluña?

What role does Catalan play today in defining women's individual identities and as a nation-building tool? How is this reflected through their linguistic social practices?

How do women see their role and the role of Catalan in shaping identity and nation in the future?

Data collection will be through a combination of 25 to 30 in-depth oral history interviews, two focus groups, and analyses of selected press sources as well as a sample of women’s comments on the main political parties’ social media pages. Data analysis will be carried out using a combination of narrative and critical discourse analysis employing a Discourse-Historical approach.

Given the current dominant nationalistic discourse and strong independence movement throughout the region, this area of research is particularly pertinent in understanding the attitudes of the women who will help shape the direction and future of Cataluña and with potential impact on regional government policies.