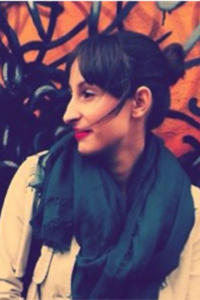 
This research project aims to explore (1) the history of the Khiam Detention Centre in Southern Lebanon (1985-2006) and (2) the artistic tactics employed since to represent the traumatic experience of a detention camp as well as the challenges associated with the commemoration of its history.   The Khiam Detention Centre was a prison and interrogation camp during the years of the Israeli occupation. Allegedly administered by the South Lebanon Army (SLA), the camp was in use from 1985 until Israel’s withdrawal from Lebanon in May 2000, and the subsequent collapse of the SLA. The use of torture and other serious human rights abuses in the facility were reported by non-governmental organizations (Human Rights Watch 1999; Amnesty International 2000). After the withdrawal, the detention centre was preserved in the condition it was abandoned, and converted into a museum by Hezbollah. The Israeli Air Force destroyed the prison during the 2006 Israel-Lebanon conflict.   The case study of the Khiam Detention Centre will be used as an anchor for broader theoretical speculations on the representation of trauma. I will consider (a) the heuristic and epistemological role of the remnants – human witnesses, space as memorial, ruins – for the recollection, reconstruction and transmission of traumatic experiences; and (b) evaluate the ways in which they have been employed within political, humanitarian and artistic discourses in postwar Lebanon. The study will focus on a corpus of artworks produced in the wake of the Lebanese Civil Wars and will consider their post-representational documentary aesthetics as a strategy to overcome a double representational impasse, one being the result of the deconstruction of the place and role of documentary evidence in the construction of historical truth, the other being the legalistic, existential and representational prohibitive factors facing cultural producers in a post-war scenario characterized by amnesty politics and widespread censorship.