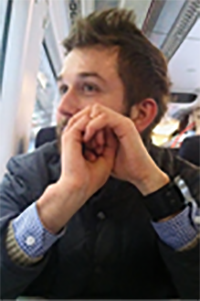 The Sociolinguistics of Youth Culture - rap, hip hop and identity among Polish youth in Biala Podlaska and Polish transnationals in Putney Vale, London.

My research is concerned with youth culture, specifically in relation to rap and hip hop, in the Polish diaspora in Britain. The study will identify and analyse the influences to which Polish youth culture is exposed in Britain and the negotiation that takes place and subsequently comes to be reflected in the linguistic and cultural practices of Polish youths living in the UK. Based on a comparative analysis, the study will highlight the linguistic and cultural differences between Polish youths in Poland and youths in the Polish diaspora in the UK as they occur in their everyday language and music. This study will by necessity be a multi-disciplinary, multi-theoretical undertaking.

My hypothesis is that diasporic Polish youths undergo processes of assimilation (Piaget 1976, Brubaker 2001) and cultural adaptation (Kim 1988) that involve either adding and prioritising a new cultural identity, or modifying one of their original cultural identities in order to better suit the requirements of their new environment - the ‘hybridisation’ (Hannerz 1996, Bhabha 1994, Young 1995, Hall 1992, Gilroy 1993) of Polish youth culture and identities. The expression of the modifications and additions to their identities, I expect, will be visible in code switching, language borrowing, language crossing, discourse practices and the paraphernalia characteristic to members of those youth groups. The study is important, because it will help to identify the linguistic and cultural practices that occur within the recently formed Polish youth community in London.

The study will illuminate the processes of transcultural flow, especially the vehicle of language and thus help us assess the cultural changes that are taking place. The findings from this study can then serve as a reference to similar future studies conducted on other migrant youth communities and studies concerned with global popular culture and how it is localised more generally.