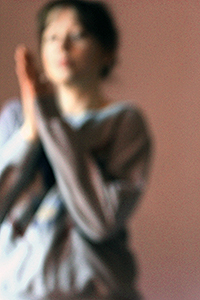 Involuntary and Irregular: An interdisciplinary study of trembling, the trembling body and narratives of trembling through moving image practice

What is trembling? What are its qualities? Where is it to be found, can it be produced and can it be productive? This research proposes a notion of trembling that articulates an ongoing, dispersed and shifting state of vulnerability. I aim to locate and produce instances of trembling beginning with trembling in the human body and expanding to include other types of vulnerable bodies; social bodies, bodies of knowledge and collections of objects. Through moving image and sound practice I will develop strategies for bringing trembling to the screen, and methods for bringing a range of narrative and non-narrative instances of trembling into relation with each other. In parallel, I will test the technology of high definition (HD) video and sound production with focus on the sound/image relationship. I will build on materialist film practice to conceptualise the specifics of the technology and to articulate its operations in the context of an emerging discourse of artists’ HD video production. I aim to evolve a language of trembling that is both produced from, and moves between technical, formal, narrative and creative registers. Materialist filmmaker Lis Rhodes said, Only the permitted is really visible in a culture that equates real with visible; the unreal becomes invisible; I see is synonymous with I understand; reality cannot explain itself. (1996). In bringing a range of instances of trembling into relation with each other through a common visual and conceptual language the research aims to make visible on-going and dispersed states of vulnerability.  Website:  www.jennacollins.com