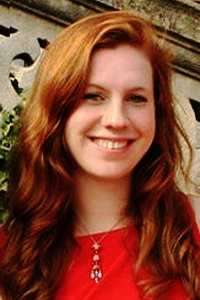 This study considers the figure of the parasite in Shakespearean drama, and its relation to early modern conceptions of parasitism as articulated in scientific, philosophical, and literary discourses. I will use medicinal and biological texts to assess the significance of the literal parasite in the Renaissance, studying the relationship between an infectious environment in which leeches, fleas, cankers and diseases threaten to ‘besiege’ a humoural, inherently porous subject. I will consider communicative parasitism, from the potentially malign attentions of the false friend or flatterer, to expressions of hostility towards foreigners, money-lenders and the dependent poor, sourcing examples of these kinds of parasitism from Shakespearean text.

It is not just in matters of the Renaissance subject that these questions of the parasitic/parasited self are pertinent. There has been a notable shift in contemporary ontological focus; one that has moved away from representations of autonomy secured by binary logic, to a much more mutable and unsettled framework, in which attention is given to the process and the relation. Jacques Derrida’s ‘postal principle’, the continuing threat of Julia Kristeva’s ‘abject’ and ‘semiotic’, and Margrit Shildrik’s avocation of a ‘vulnerable selfhood’ that engages in an ‘ethics of risk’, all articulate the contemporary equivalent to Renaissance concerns of the safety and particularity of self.

The work of Michel Serres will contribute significantly to my thesis. Serres calls for a reassessment of established modes of knowledge, claiming that it is not the distinction that should define, but the relation. In The Parasite, Serres presents an underlying connectivity in specifically parasitic terms, and outlines an ontological system which overpowers binary stability with a cascade of complex, parasitic interrelations. The Serresian self, much like the Shakespearean self, is deforming and reforming continuously in response to multiple invasions. This ‘infectiously becoming’ subject is both welcoming host and parasitic guest, and does not progress forward unless brought into new relations with nourishing, (de)constructing influence.