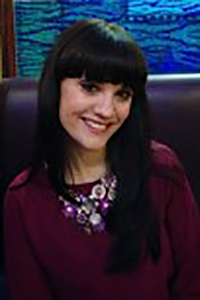 'The English Guild Enquiry of 1388-9: A Comparative Study of English Guilds and Fraternities at the end of the Fourteenth Century


I am interested in fourteenth century English history with a focus on local communities, voluntary associations and issues surrounding individual and group identities.  My thesis is entitled 'The English Guild Enquiry of 1388-9: A Comparative Study of English Guilds and Fraternities at the end of the Fourteenth Century'. The enquiry represents the first occasion on which many guilds and fraternities are revealed with formalised identities. The evidence from the enquiry also represents a unique cultural point in late medieval history; the returns survive in three languages: Middle English, Latin and French, representing the three languages that were in use at this point in time.  My thesis will re-evaluate the scholarship of Joshua Toulmin Smith (1870) and H. F. Westlake (1919) who are to date the only two historians to have examined the enquiry in its entirety. However, their work is in need of a re-appraisal, and a systematic analysis of the evidence and a comprehensive account of the English Guild Enquiry is yet to be undertaken. My research has been informed by the work of historians such as Caroline M. Barron, Gervase Rosser and Virginia Bainbridge, who have in recent years examined the important role of these voluntary organisations in the lives of ordinary men and women. This thesis will evaluate the multifaceted role these voluntary organisations played in the lives of their members and communities at the time of the English Guild Enquiry, providing a national ‘snapshot’ of guild and fraternity activity at the end of the fourteenth century.