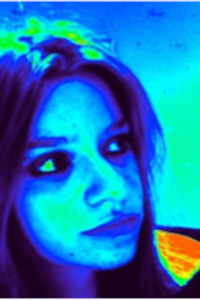 Towards a Psychedelic Topography of Gothic Rock.

If you look hard enough, you may find lurking in the darkness of times past a curiously amorphous creature. Gothic rock arose from the ashes of late 1970s punk, syphoning impetus and muse from a deep crucible of influences and thriving on processes of liminality and transgression.  Driven by a deviance that insatiably questions boundaries and strives to drift across and beyond thresholds, gothic rock offers each author who analyses it a unique narrative. Buried amid much literature of a sociological nature, its sound world has assumed a status somewhat secondary to issues of subculture and community, identity, gender and sexuality. Whilst limited studies addressing the sonic characteristics of gothic rock have identified a number of key influences – notably glam, punk, reggae and dub – all pointing towards an inherent stylistic incoherence, they have consistently overlooked perhaps the most fundamental precursor of all: psychedelia. This research endeavours to create a new topography of gothic rock by using music analysis to cast light upon its integral psychedelia. As the concept of psychedelia cannot be entirely appreciated without significant reference to pharmacological literature, the interdisciplinary interests of this research echo gothic rock’s desire to transgress borders. Drawing on a corpus of psychedelic literature from varying perspectives the thesis explores chemical approaches to understanding music, which if fruitful could stimulate research into the potential use of psychedelic music within a therapeutic context.

In what way is psychedelia integral to gothic rock and how is this expressed musically?

To further understanding of gothic rock with music analysis