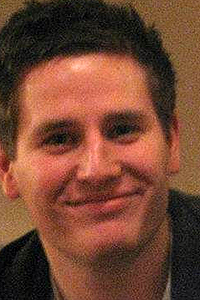 Originally accommodating refugees from Spain and Nazi Germany, before being used to house Jews, Gypsies and other ‘racially undesirables’ in the course of France’s collaborationist activities, Rivesaltes was subsequently used as a detention centre for Algerian dissidents and latterly as a transit and rehabilitation centre for Harkis (those Algerian soldiers who fought for the French in the Algerian conflict). Rivesaltes is therefore a unique space, combining multi-layered historical narratives, spanning a significant temporal frame, in one single location. That such a site should link two of France's greatest traumas - the collaborationist Vichy government and the bloody end of colonialism in North Africa - makes Rivesaltes a fascinating space.

There are presently ongoing efforts to create a memorial museum at the site, a process that has inevitable consequences and requires a significant discourse with France's past in order to address her present and future. I intend to study how France's interaction with her troubled past through the site at Rivesaltes reflects contemporary attitudes to the issues of Vichy, Algeria and decolonisation and how this in turn colours people's sense of French identity. This site offers a unique window through which to assess past, present and future attitudes to history, culture and politics.