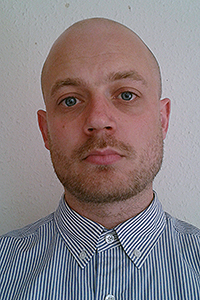 Justice Beyond Justice: An examination of the meaning of "justice" within public campaigns responding to police or state related deaths

The central task of this project is the examination of what the term 'justice' means when articulated by campaigns set up in response to police- or state-related deaths. It builds upon, and radically expands, the research I undertook in my Masters' dissertation, which used critical theory to analyse the political-economic context of the Hillsborough disaster and the campaign for justice. My research is situated at the intersection of moral philosophy, legal and critical theory and political economy.

The nature of 'justice' is in a sense the founding question of philosophy, debated from Plato's Republic onwards. For the most part, this has resulted in the production of various series of abstract principles which if implemented would produce justice. In democratic states, such debates have fed into the construction of an independent legal system. This system rarely actually uses the word 'justice' within the court room, but is instead built in such a way that the conclusion of certain processes is presumed to be 'just'. But the relation between the way 'justice' is used in the philosophical literature, its meaning when conflated with the the legal system, and the demand for justice from campaigners is not clear.

It is tempting to conclude that these are three very different concepts entirely, which often come into conflict. It is perhaps this conflict that led Margaret Aspinall, the mother of James who died at Hillsborough, to say that 'what makes me so angry is I can't abide this word justice. There's no justice for a life. I don't believe in the word.' But in spite of such disavowals, the word continues to be taken up as a rallying cry by those campaigning for a 'justice' that reaches beyond that of the current legal and political structures.

This project therefore starts from the hypothesis that the conception of justice articulated by campaigns like Hillsborough is not one represented in the philosophical literature. I intend to explore how and why that is, and to construct an alternative philosophy of justice grounded in the concrete experiences of campaigners.