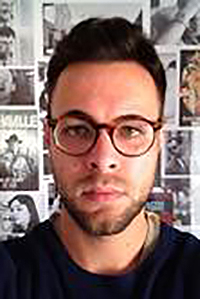 Narrating and Constructing History, Time and Social Space in the Film and Video Essay

My research is concerned with the film and video essay. Traversing the fields of cinema, experimental film and contemporary art, it seeks to critically engage a growing body of literature on the topic - often constrained by their disciplinary borders - in order to produce a stronger historical and philosophical account of such discourses, as well to construct new readings and interpretations of particular films and filmmakers designated with this term.  My first chapter will explore the essay as literary and philosophical ‘genre’ and ‘form’ theorised by figures such as Montaigne, Lukács and Adorno, connecting it to concept of the fragment and self-reflective work of art in Friedrich Schlegel and Walter Benjamin. Moving from the medium of text to film and video, via the concepts of construction, montage and narration – as well as debates around the concept of the image and its specific mediations and mediums – subsequent chapters will explore ideas of time, history and social space in the films, videos and audio-visual installations of filmmakers and artists such as Jean-Luc Godard, Harun Farocki, and Alexander Kluge.