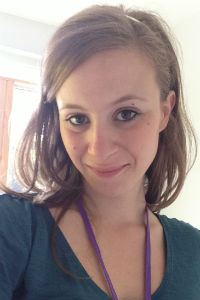 Animal metaphors and the depiction of female avengers in Attic tragedy: a theory of dramatic characterisation

The aim of my research is to provide the first in-depth study of animal imagery in the depiction of the female avengers in Attic tragedy. Why did the dramatists Aeschylus, Sophocles and Euripides represent revengeful women transforming metaphorically into wild animals? The investigation of the aesthetic and philosophical significance of the animal metaphors in revenge plots opens up new perspectives in exploring female characterisation and its paradoxes. Just as wild animals, the female avengers are depicted as bloody-thirsty and territorial, but they are not involved in simple acts of violence, irrationality and lack of control.

In what I define as “psychological metamorphoses”, the tragic heroines abandon their human aspect to react through animal transfiguration, because injured or in a state of unbearable suffering. By adopting an interdisciplinary approach, which entails animal studies, classical textual analyses, gendered and psychoanalytic perspectives, I suggest a new methodology for reading and interpreting female depiction in fifth-century Athenian theatre. In the first chapter, I focus on the nightingale imagery, which describes those tragic heroines, such as the Sophoclean Electra, who through ritual mourning and eternal weeping are in search of revenge. In the second chapter, with particular attention to the Euripidean Medea, I analyse the ambiguity of the lion figure, to outline the socio-political dynamics between the characters involved in the defence of power. In the third chapter, with reference to the Aeschylean Clytemnestra, I interpret the sign of the snake, which through threatening and protective powers occupies and liberates the domestic territory. Thus, I demonstrate that female characterisation, by blurring the dichotomies between animal and human, female and male, nature and culture, is paradoxically unified and structured through its contradictory aspects.