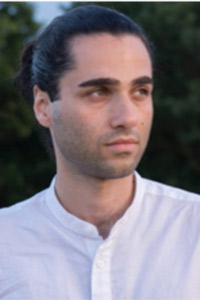 Documentary films and National Identity: The use of State-funded Newsreels in the Creation of a New National identity in the Islamic Republic of Iran during the Iran-Iraq war.

In the wake of the Islamic Revolution in Iran in 1979, the new Islamic rulers aimed for an independent domestic cinema with Islamic and educational content in service of the creation of a new national identity. As a result many young non-professional Islamic revolutionaries started making their own state-funded ideological films. Morteza Avini was one of these young revolutionaries who after a few years of experience managed to establish himself as the head of a group of young filmmakers making documentaries in the frontlines of Iran-Iraq war. In 1986 he was given the task of documenting the 'Sacred Defence' both at the battle front and behind the lines. The result was five series of newsreel style documentaries consisting of 63 episodes under one title 'The Chronicle of Triumph', which continued to be broadcasted from the national TV until the end of the war in 1988.

The main objective of my research is to extract the key Islamicate elements that appear repeatedly in the series, understand its distinctive technical, formal and aesthetic characteristics and study the functionality of its style in transferring the state's ideology to its mass Iranian audience. Moreover, the impact of previous documentary traditions on 'The Chronicle of Triumph' and in turn, its influence on the recent Iranian state-funded documentaries will be investigated.

This project will help us get a better understanding of Iranian war cinema, grasp the function of the current Iranian state-funded documentaries as strong propaganda tools and contribute to an understanding of the relationship between film and national identity, mass media and dominant ideologies.